It's essential that landlords know tenancy laws inside-out, and the steps to take if you need to escalate a dispute to your local Commercial Tenancy Tribunal.

The Queensland Civil And Administrative Tribunal (QCAT) makes and review decisions related to a broad range of issues including: retail shop lease disputes, residential tenancy disputes, consumer disputes, and minor civil disputes. Commercial disputes that result from a disagreement between a tenant and landlord are addressed first with mediation, then with a hearing.

In South Australia the Civil (Consumer and Business) Division of the Magistrates Court serves as the commercial tenancy tribunal. But first, the dispute is lodged with the Office of Consumer and Business Affairs. There you will be issued with an independent mediator to assist you in your negotiations with the other party. Mediation is only available in both parties agree to attend and split any costs. Should one or both of the parties opt not to use mediation, or the mediation is unsuccessful, the matter may then be escalated to the Magistrates Court. However, the government department advises you obtain independent legal advice before taking this step.

Consumer Affairs and Fair Trading is a division of the Department of Justice and your first port-of-call with commercial tenancy disputes. If the department is unable to resolve your issue, it will then be escalated through the general courts of law. 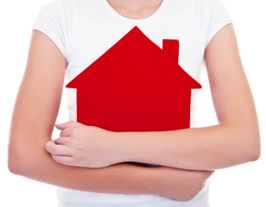 Get your Tenancy Check Report NOW >>

The information contained in TenancyCheck.com.au website is general information only and does not constitute legal, financial or compliance advice. As the laws relating to tenancy agreements may have changed we recommend you check with the relevant State or Territory government department. We also recommend that you obtain your own independent legal advice about matters relating to landlord obligations, tenant rights and any legal disputes you may have with a tenant(s).